“For onlookers, it must have been an Oscar-worthy sixty-second silent movie. From now on, if anyone asks me if I’ve ever fallen in love at first sight, I shall say yes, for one glorious minute on 21 December 2008.”
― Josie Silver

I was a little late on the bandwagon with this one, reading it in January as opposed to December like the rest of the world. Better late than never. One Day in December is a sweet love story written by Josie Silver and is a #1 New York Times bestseller. It takes place in London and spans the course of nine years, following the story of two people, as told by both voices of how they fell in love.

I’ve read my fair share of cheesy romance but this story doesn’t fall into the “cheesy” category as it was not entirely predictable. After the first chapter, I did as I normally do and predict exactly how the story is going to go. *I’m usually right* I completely expected the characters to meet and at once fall in love following suit to countless romance novels. This was not the case. In fact spoiler alert they don’t actually get together until nine years have passed. (Not a total spoiler, I mean, it’s romance, of course they will end up together in the end.) 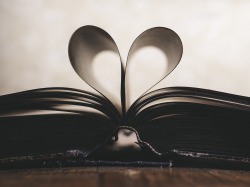 The language is simple. It was easy to read and would be a great book to take on vacation, so I’d classify it as Chick Lit. There were a few British phrases I couldn’t understand and had to look up, such as, “I’m going on the wagon,” which means “abstaining from alcohol,” but aside from that, American audiences can follow along just fine. British phrases are bloody fun.

The book lends a few sexy scenes but nothing “in your face” or raunchy. The story is realistic and could be relevant to people who may have experienced unrequited love in their own lives. The reader doesn’t have to experience the damsel in distress scenario either. I mean, it’s 2019, guys. Can’t we just be done with that? The characters meet at a bus stop, no distress necessary. The narrator is a strong female lead who doesn’t break a huge success, but she makes enough money to take care of herself, even whilst married to a wealthy man. It’s great to see female authors emerging and writing in lady characters that know how to take care of themselves. This sends a great message to young women that they can do it on their own, it’s just nice when they don’t have to. Not all women need to be “saved,” and sometimes it’s okay to be by yourself.

Overall, I’d put this at 4/5 stars. It was funny, quick to read, realistic, and fulfilling, but not a huge amount of depth to it. Just a nice and easy curl-up-by-the-fire read with no strings attached.

Join me next Wednesday for a review of Where the Crawdads Sing by Delia Owens. Read along and join the fun. See you next week.